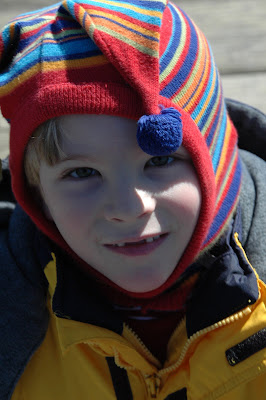 I was able to get couple dozen photos out of the D70 yesterday afternoon before it decided to completely crap out. It was freezing up and then getting better then freezing again. I took in to Penn Camera today and the dude said they see this all the time. They gave me a form and told me to send it back to Nikon. I guess they see this problem a lot and their is a form with a code on it that says, "fix the problem that happens to all D70's at some point or another" I feel a little better that my $1,000 camera has a hope of being fixed and hopefully won't be bound for the obsolete electronics stash in the basement. That said, the D80 is damn nice and 10 mega pixels. Nah, I want this one back.

Who knows how long it will take to get back so I'm stuck with the Canon for a while. I'll probably dig the movie camera out and take some moving pictures of the next hike. That'll be a nice change I guess. Anyway, here's the link to the flickr collection from yesterday's hike at Leesylvania State Park.