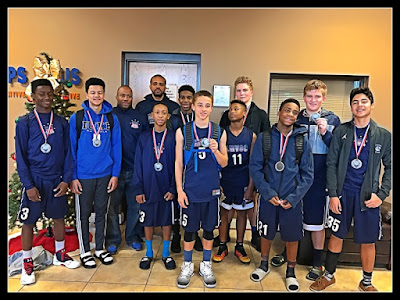 The boys won three hard fought games, then ran into a killer team and lost twice. The Patriots beat this team last year at the same tournament but they added some talent from Maryland and most of the kids grew 3-4 inches. They were all Sam's size and we are overall slightly undersized for this age group. The other team was also making pretty much every shot and we didn't shoot well at all. It was good practice for the rest of the season. We shouldn't run into a team this big again. Besides, 2nd place ain't bad.
Posted by Mark at 8:52 PM No comments: 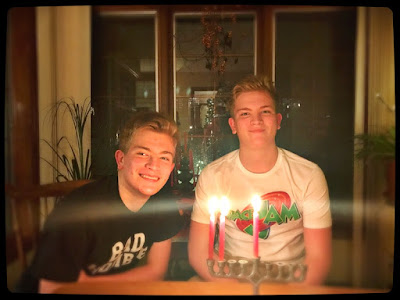 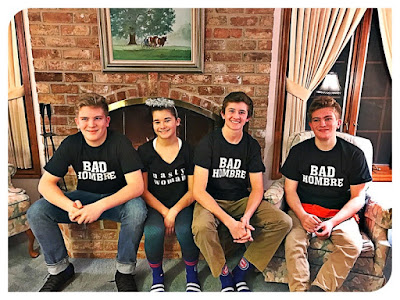 Another lovely Christmas Eve and 1st night of Hanukkah.
Posted by Mark at 11:06 PM No comments: 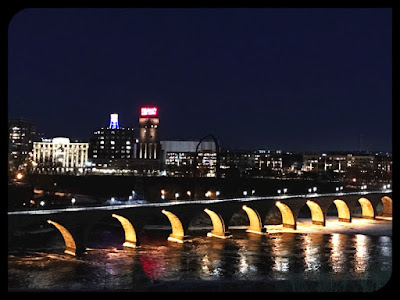 A great view from of the Mississippi from the back of the Guthrie Theater.
Posted by Mark at 3:31 PM No comments: Waiting for the Christmas Carol to start at the Guthrie.
Posted by Mark at 3:29 PM No comments: 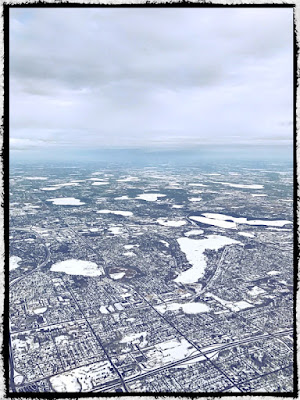 Made it to Minnesota without any issues and were greeted with plenty of snow. We haven't had much snow over Christmas the last couple years so it's nice to have a foot of the stuff covering the ground this year. We even have a chance of some new stuff in the next couple days.
Posted by Mark at 9:54 PM No comments:

The boys just got back from their physical with new official heights. Sam is 6-3 and a half while Dylan is 6-1 and a half. Basically 6-4 and 6-2. Dylan grew a little faster than Sam in the last year but I've actually shrunk a half inch over the past few years. They are bound to stop growing very soon. I know I stopped at about their age.

Sent from my iPad
Posted by Mark at 7:58 PM No comments: 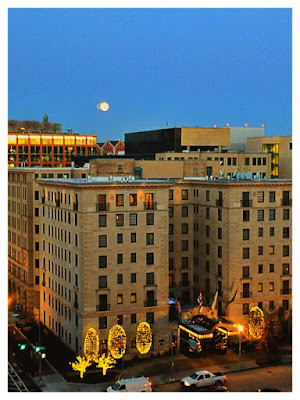 These cold, clear mornings are just beginning but the suns slow march back north starts in just a week. I like getting into the office when it's still dark and all the buildings have their holiday lights on. The almost full moon was nice too.
Posted by Mark at 7:26 AM No comments: 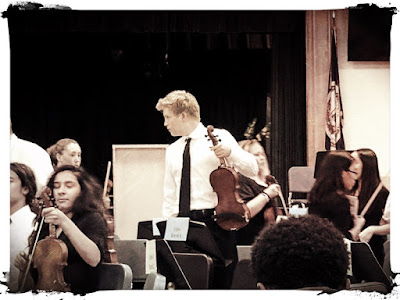 They sounded good this evening.
Posted by Mark at 8:10 PM No comments: 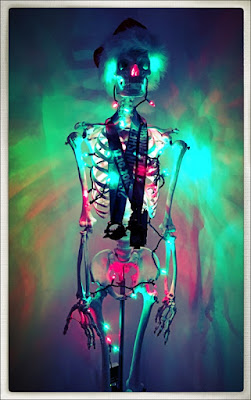 Bones got a Christmas upgrade.
Posted by Mark at 6:28 PM No comments: 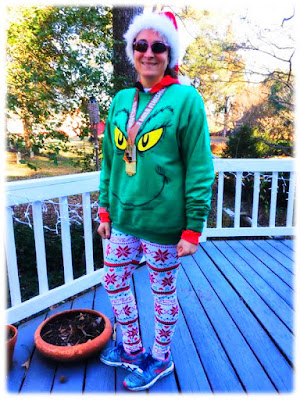 It was a cold 5 miler this morning and I'm pretty sure she did it for the medal. Basketball game later today then dinner out.
Posted by Mark at 12:41 PM No comments: 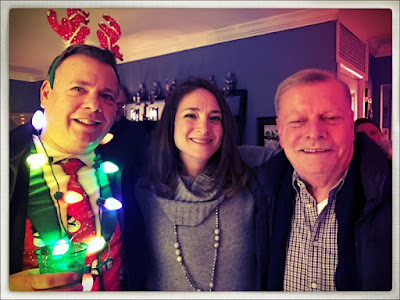 Attended Micheal's Christmas party last night. Had some quality time with jimmy T and saw Dent for the first time in years.
Posted by Mark at 12:38 PM No comments:

The Patriots controlled the game against Herndon most of the evening, up by 11 at one point in the third quarter only to lose the lead and trail by 3 late in the fourth. They did manage to rally and finish the game strong, winning 43-40 but they made us parents pretty nervous for a while. We have added some new talented players but the core team and the new players are still trying to learn each other's styles. Lots of wasted opportunities with passes going to where one player did something different than what the other player thought they would do. The mojo will improve.

Dylan had a few rebounds and a key steal. He started and as always played ferocious defense. The guards were getting the ball inside to Sam pretty well and he had 10 points and 10 rebounds.

Next game is Saturday.


Sent from my iPhone
Posted by Mark at 9:17 AM No comments: 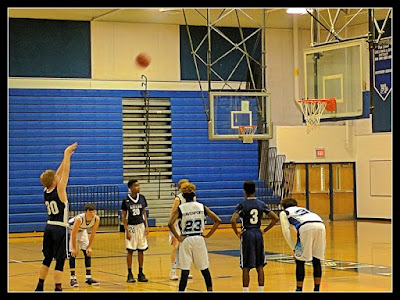 We were missing our starting point guard again and fell to Gainesville 50-40. The Patriots brought almost zero energy to the game and were very hesitant most of of the afternoon. Sam did end up with 14 points and a dozen rebounds while Dylan nabbed 4 rebounds and played tough defense. The team wasn't all there mentally today, I hope they pull themselves together for Tuesday nights game.
Posted by Mark at 4:27 PM No comments: 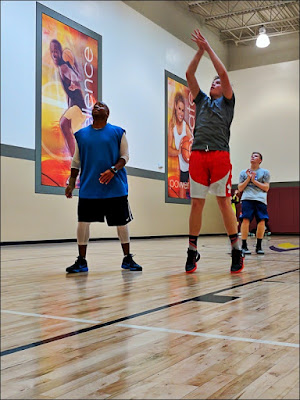 The boys are going to be working with Coach Scott the next few months. This is a good additional workout with skills training as we head towards high school ball.
Posted by Mark at 6:28 PM No comments: