From a couple of monkey boys. Wishing everyone a happy and healthy 2012. Saw this treasure on the way back from the McCaricks party. Home with fire blazing for the rest of the year. Heading out for an early new year party then back here to hang out in front of the fire to see 2012 come on down.

The final few shutter arrived when we were gone and the house now has brand new shutters all the way around.  I also got the little S shaped "hold backs" to make sure we don't get them flapping around in the next hurricane. That was the demise of many of the old shutters.
Posted by Mark at 4:16 PM No comments: The Wild lost today but the boys loved the game. They ended up leaving with new sweatshirts and a puck that got over the glass. Good times. A show at the Old Log Theater before the Wild game tonight. Yes, the Lutheran's have candles too. We had latkes and steak tonight with a very tasty salad. A play at the Old Log Theater and a Wild hockey game are on the agenda tomorrow. Besides being the 6th night of Hanukkah, it's a un-naturally warm Christmas Day. Rachel is lighting the candles tonight and the boys are still getting presents galore. We went to see Tin Tin this afternoon and it marked the only theater movie I've seen all year. I don't like movie theaters much but it all went well. The boys just begging to open presents. They finally did after a few more pictures and a phone call. Now they are all jazzed up to get the Santa gifts. The cookies and milk are out for the big man. Down Time
Originally uploaded by homerclees.

Taking a break from the nerf gun wars and reading something on the iPad. Mae and Dylan fight all the time but then hang out really really well. Not sure what that's all about. Got a quick dusting of snow this morning but it's still pretty brown out there. At least we saw snow fall. We've had really snowy Christmases the last few years so it's time for a non-snowy one. Checking our the Orono vs St. Louis Park hockey game. The Orono Spartans are down 2-1 but Finn is hangin tough goal. Early Flight
Originally uploaded by homerclees.
Posted by Mark at 7:02 AM No comments: Tomorrow is the shortest day of the year and the beginning of the sun's climb higher in the sky each day. I like the long winter nights and look forward to many more of them over the next couple months. I suppose Spring will be a nice change when it comes but I never look forward to the dog days of summer. Dylan appears to be blinded by the two candle glow. Gonna be a lot of fire when we put together the advent wreath and menorah on christmas. 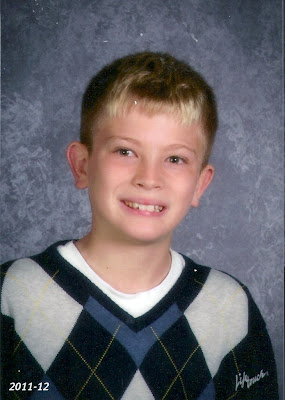 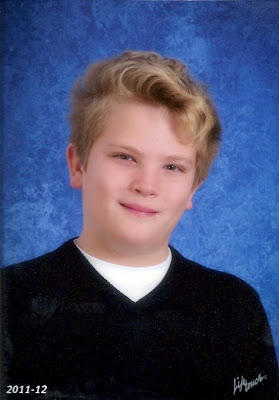 The both look good but Sam has a little surfer dude curl happening in his shot.
Posted by Mark at 11:37 AM No comments: Jeff's old band played at his 50th birthday party at Mainstreets in Hopkins. Auto Body Experience played as well and the crowd of 125 had a good time as far as I can tell. I saws whole slew of people I haven't seen in years, including Roach, Cousins, Caroline and Andy, old neighbors and other folks I used to see all the time when I lived in Minnesota. I think Jeff had a good time even though I'm sure he was wishing it was him on bass up there. I wish he was too. Dinner tonight at a nice little Irish pub in the stop light free town of Maple Plain Minnesota. Mom, Dad, Rach and the kids. Minnesota has some snow but not a ton of it. I hope it whitens up a bit before we head back here in 10 days for Christmas. Jeff's 50th birthday party is tomorrow night and then I'm back to DC on Tuesday morning. Sam had to sit but Dylan was his typical Honey Badger self and stole 15 balls and scored 6 points. The little Cav's won 20 to 7 in a really good defensive effort. More scoring will happen when Sam is back in the groove. Sam is sitting out the second practice for the little Cavaliers. Sam and his scoring prowess will not be with the team until January, missing two games. He's really looking forward to getting back into action. My light display is not up to this standard but it didn't take me as long to do it either. We took a trip over to Fairfax Station to see the annual model railroad display today and the boys got excited about model trains again. A Dylan and Nicole creation. These kids can really deck the halls. Picked up the tree today and will be decorating tonight. I have also put up the all the outside lights today and if I'm lucky will enjoy them until early February.

Funny as a Crutch Funny as a Crutch
Originally uploaded by homerclees.

The new X-rays still look like a stress fracture but the dr doesn't think he should have as much pain as he has. Sam says its gotten about 20% better over the last couple weeks but these crutches should take more pressure off the bone. The dr thinks an MRI would be a good idea so we are probably scheduled for next week. Made of real gingerbread at the Ritz Carlton Crystal City. They build it every year and smells really good.