Sam started last night in the Eagles first game against the rival Hayfield Hawks. The event is billed as the battle of the birds and is always the first game of the season. The eagles started out slow and trailed at halftime 28-50. They made that 22 point deficit to win on a buzzer beater 76-74.

Because the two high schools are only a couple miles apart. The players and fans know each other pretty well and the competitiveness is high. Holding this victory over the hawks heads for the next year will be satisfying after hawks holding the trophy from a 2 point victory in 2017. 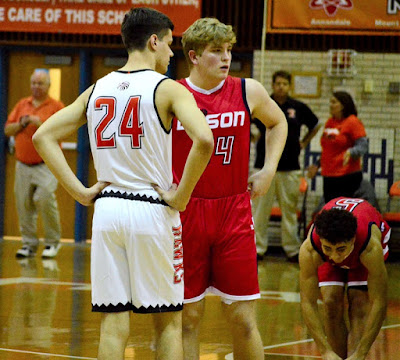 Sent from my iPhone

Sent from my iPhone
Posted by Mark at 3:42 PM No comments: 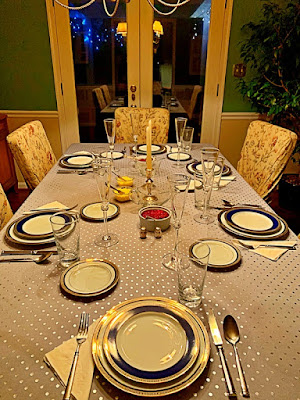 Nice to have Tim, Stephanie and Rex nearby to join us for the first thanksgiving at home n the last 15 years. Nice to use the wedding china for the third or fourth time ever as well.
Posted by Mark at 12:17 AM No comments: 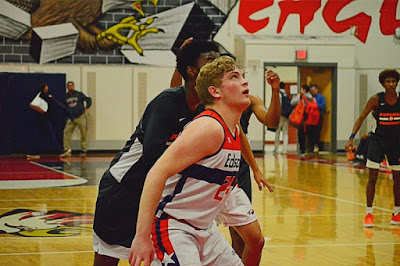 Sam using his body to prevent the 6-10 get at the hoop. I think the team Tuesday only has a 6-8 guy. That should seem easy.
Posted by Mark at 5:41 PM No comments: 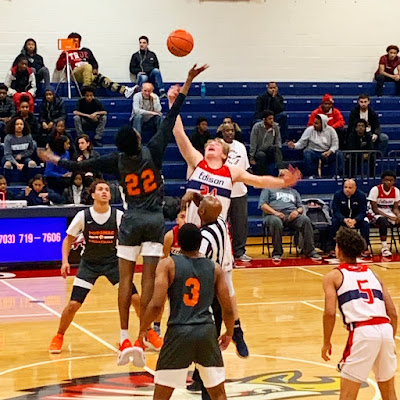 Winning the tip with a 6-10 center is tough. Sam gave it all he could. Played physical with him all game. This last scrimmage should get them ready for the first real game against arch rival Hayfield on Tuesday.
Posted by Mark at 7:14 AM No comments: 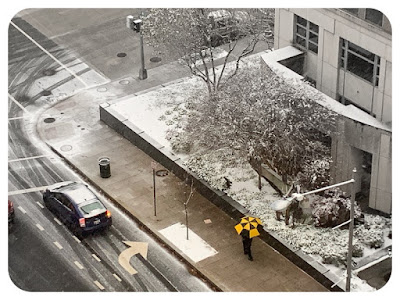 Snowy Thursday in November with a lone hazmat umbrella. Fun to get a little white stuff this early in the season. Not sure what that means for the rest of the winter. We've had a sorta snow drought the last few years but over 50 inches of rain so far in 2018. If the water keeps coming, it's bound to turn to snow at some point.
Posted by Mark at 8:26 AM No comments: 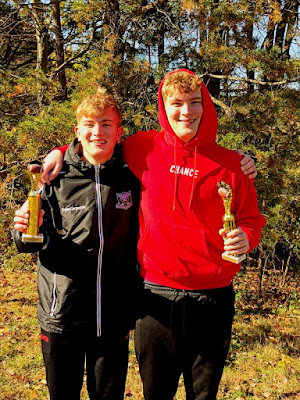 Proud of these guys.
Posted by Mark at 5:52 PM No comments: 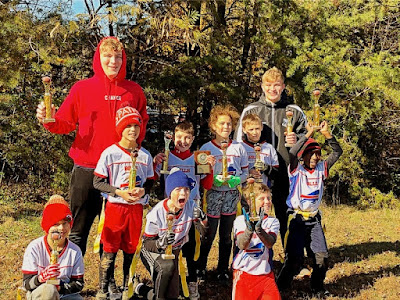 Two games and a brilliant game plan brings a championship. The boys were a little slow in the first game against the chiefs but didn't allow any points in a 12-0 win. The championship game was against a Seahawks team that beat them by 6 points two weeks ago. The boys adapted their game by listening to the coach of the Raiders (who lost to the Seahawks in the semifinal), one of their kids parents and a little advice from me.

It was good to see them seek and listen to advice to devise a way to completely destroy a team (36-6) that hadn't lost all year. A key to success is the ability to ask for help and listening to and using outside perspectives. They both did a great job of that and brought home gold after leading these boys to second place finish last year.

The parents were thrilled as well. They all gushed over the job the boys did with their kids.

The defense that Dylan coached gave up one touchdown in two games today. Hard to beat a team when you can't score.
Posted by Mark at 5:21 PM No comments: 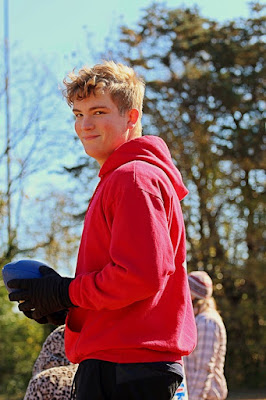 A devious grim while destroying the previously unbeaten Seahawks.
Posted by Mark at 5:18 PM No comments: 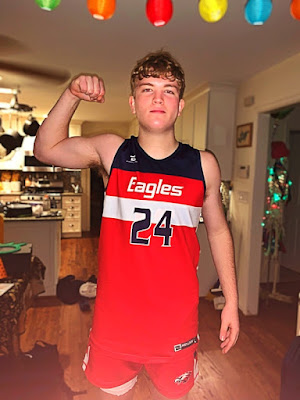 Sam got his new varsity practice uniform today. He loves new clothing. He can't wait to see the home jersey, away jersey, warm ups and shoes.
Posted by Mark at 9:26 PM No comments: 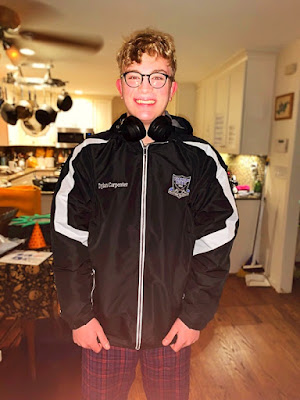 Dylan's birthday gift from Elaine showed up today. He's happy. He's happy with all his great gifts.
Posted by Mark at 9:22 PM No comments: 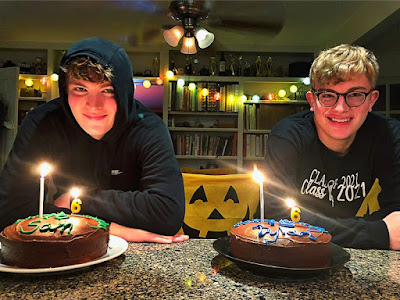 Sweet sixteen.
Posted by Mark at 9:31 PM No comments: 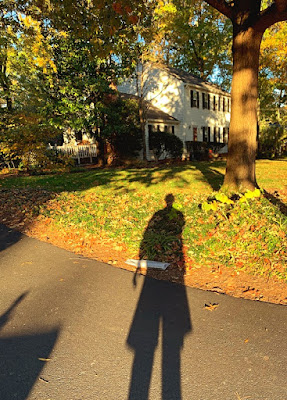 It's been a pretty lazy day around here. The extra sleep was nice. Dylan has rugby practice in a bit and Sam is heading to the movies. They have the next two days off school for teacher work days.
Posted by Mark at 5:00 PM No comments: 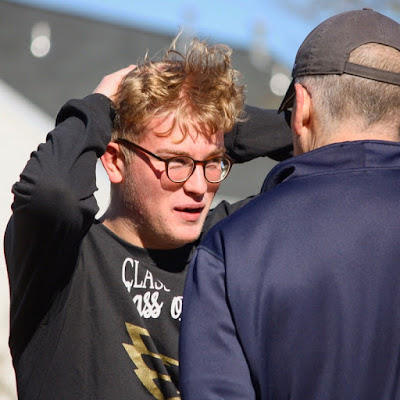 Dylan and I had a tough game while Sam played basketball. We really didn't need to win this game but it was nice to get the W regardless. Next week the boys take their team into the playoffs as the number 2 seed. It will be a fun day.
Posted by Mark at 9:16 PM No comments: