Actually just Norm trying to get my attention. I suppose he deserves a little extra attention, halloween is a black cat's holiday.

I not only have my pictures of the party on Saturday, I have Gina's as well. I think everyone liked Nicole's outfit the best this time. It's not often you see her in big hair. My sexy doctor outfit didn't quite make the grade when it came to the sexiness factor. The moon still visable above the justice department. It finally feels like fall here in dc. The calm before the invasion of kids and ghouls. The weather finally broke and it stopped raining in time to throw the annual durpenters halloween bash. It was nice to finally get some serious rain, like 5 inches in the past three days but the sunshine feels good. Lots of pictures tomorrow I would imagine. Having a cocktail with Bruce who runs nasdaq.com at dc coast tonight. Good to catchup with an old friend from my web executive council days. He's the civil war reinactor that has promised to get me set up with a union uniform and gun. Be afraid 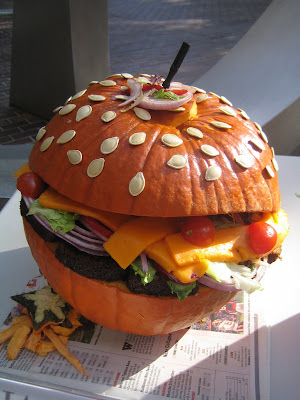 We had a pumpkin carving contest today at work. It was part of the yearly Festifall event. I didn't have anything to do with this but it came in second place. I thought it should have won but the first place pumpkin was titled Architect of the Pumpkin. It was a pumpkin rendition of the Capitol. Lots of creative people here in AIA land. Anyway, I've got the boys to myself for a couple days. The boys and Kumie who's in town to visit the old gang. She's out at a Shins concert tonight. 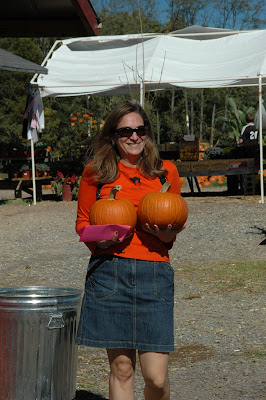 It was another warm October weekend but we managed to pretend it was fall and go to the pumpkin patch. This one was pretty funky and we were the first people in the door at 10:30am this morning. Lots of slides, a haunted house, goats, a spooky forest and colonial village. The boys got extremely dirty and Nicole picked up a couple pumpkins and some mums.

Yesterday was a lot of running around to prepare for next weekend's party. I almost burned the house down. I filled all the tiki torches with fuel and lit them to prepare for next weekend. I ran downstairs for a few minutes and when I came back up, one the torches was fulling engulfed in flames and when I ran out the side door, it had fallen into a pile of cushions and a big straw scare crow we had created a couple weeks ago. Can you say six foot flames? Yes, I had a hose out because I had just sprayed out the screen porch and went at it like Squad 51.

Anyway, we lost a couple cushions and the scarecrow was a little toasty but a disaster was averted. A couple minutes downstairs and we would have been having the Halloween party at a hotel. Good times.. 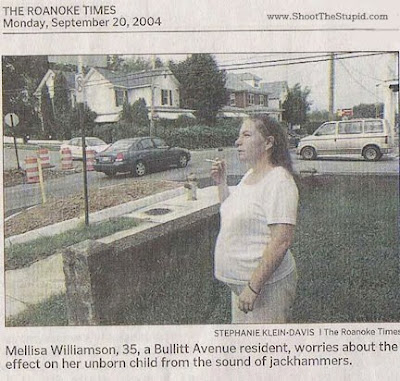 Ran across this on Boing Boing and had to share. Yeah, the jackhammers are the problem.
Posted by Mark at 3:45 PM 1 comment:

Ok, so the following post was suppose to have been before the iPhone World post but somehow didn't make it from my phone to blogger. Just wanted to make sure the back story was there.

The mirrors on either side of this hotel room make it look a lot bigger than it is. I'm having a quick drink in the bar, waiting for kumie to pick me up. We are heading down to Saratoga to see Adam and the band play an Apple corporate event. Here's hoping they are giving away free iPhones. Had a couple good days meeting with the councils and looking forward to heading home tomorrow. Haven't seen Kumie in a while either so that should be entertaining.
Posted by Mark at 3:13 AM No comments: Endless Room
Originally uploaded by homerclees.
Posted by Mark at 3:11 AM No comments: So I've never seen so many iphones in one place in my life. The crows played for 500 Apple employees and every one of them had an iphone. It was a great show, the venue was amazing and the small size was like a show in your backyard. Its amazing that apple has the money to pay for such an event. I didn't score a new iphone but got a nice fleese pulloever. Yes, I got one for nicole too. I'm bored so I thought I would share this bar shot. The Redwood Room here at the Clift is quite a scene. All the pretty people are here. There it is
Originally uploaded by homerclees.

I knew I left it somewhere... This hotel is full of dark wood, red velvet, weird staircases and big chandeliers. It's very Harry Potter and kind of fun to get lost in. This is the meeting room I'm in right now and I'm just waiting for frank n furter to roll out the meatloaf. (reference to the rocky horror picture show)

Top of the St. Francis Top of the St. Francis
Originally uploaded by homerclees.

In san francisco. The building on the right is where Rachel and Brandt told me they were getting married many years ago. Its the Hyatt and has a great bar over looking Alcatraz and Angel Island. I'm going into the annual fall customer eperience council meetings now. Good times.

Nicole and I have been traveling a little this fall and its my turn to be gone for a couple days. The boys don't seem to mind so much now and understand that after a couple days, mom or dad are bound to turn up again. unfortuneatly, its getting harder for me to leave and I almost always want to get back before I get where I'm going.

We had a low key weekend of haircuts, shopping and naps. The boys played too much Nintendo and I was a little sick. Sam and I have a little competition going with the Mario Kart game. We can play against each other with the two Nintendo's networked and I'm teaching him some good trash talk. He's pretty good and actually beats me sometimes but I spank him then let him win now and again as well. He's a competitve little monster.

I also watched a concert in the basement that Dylan set up for us. He pulled together four kids size chairs and placed them in front of two steam engines and two diesel engines and had me and Sam sit and watch the concert. According to him, the steam engines played drums and the diesels played guitars. After a few minutes, Sam wanted to add hot wheels cars to the band and Dylan was most accomidating. He's a compasionate little monster.

The intesity of children at play is amazing and something we should never lose. I need to remember to have fun with what I'm doing and everything else will make sense.
Posted by Mark at 2:11 PM 1 comment: It finally feels like fall around here so we picked up a few pumpkins down the street. We all got haircuts this morning, played at a park and did a little shopping at whole foods. I think laying around and watching football is in order for the rest of the day. Go Cal. Ok, so the aia exhibit is not about bridges but spanish architecture. Funny how I just saw my first Calatrava building in Milwaukee last week and now he's being highlighted in AIA's lobby. I dug a little deeper and I found out the he is also designing the new transit hub at the world trade center site in nyc. It appears an exhibit on bridges is moving into the aia lobby today. Some of the photos are up, but none of the discriptions. The lobby has been exhibit free for too long. 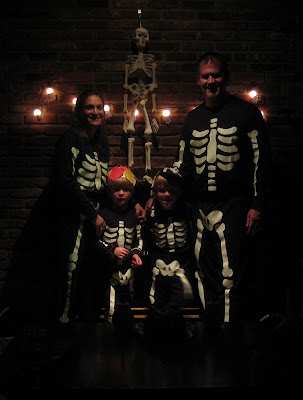 We went to Art on the Avenue in Del Ray today and made another scarecrow for our Halloween decorations. Nicole and I also received our skeleton pajamas in the mail this week and we all decided to have a little skeleton party tonight. Good times. 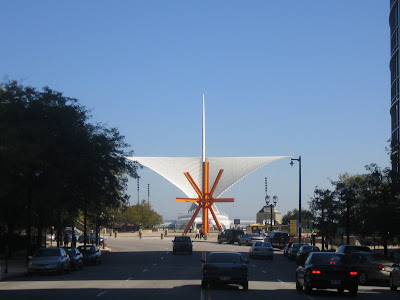 This Calatrava designed building is right down the street from the hotel. I'm going to visit it later today. I hear the parking garage is fantastic. Beautiful old hotel. I'm going to get some photos of the Milwaukee art museum as well while I'm here. Drink some beer and eat some cheese too. I got a portrait on the driveway today. Good times. 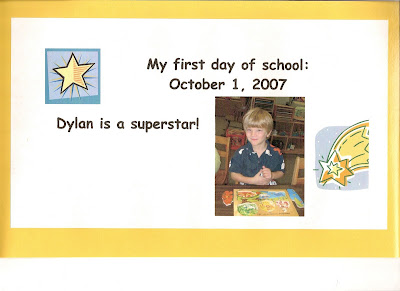 Dylan's teacher is younger than Sam's and a little more technically proficient. She can't be more than 30, so she has grown up with the latest technology and is probably someone who hasn't seen a Bush or a Clinton as president in her non-toddler lifetime. Anyway, she produced this nice little laminated piece that she sent home with Dylan today. Sam's teacher was equally nice but he didn't get a special certificate. Sam did get a book from his teacher and a note saying that he had a great day too. Off to a good start. 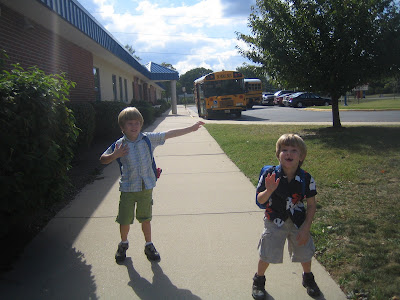 Well, the boys are at their new school today and they both seemed pretty excited. Here they are outside with Sam playing guitar and Dylan on drums. No, this is not the school of rock but thier new home in the Fairfax County system. They loved Keshet but this new set-up puts them in different classes which we think they need. We are going back to pick them up this afternoon.