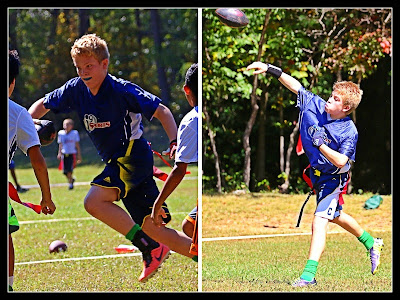 A couple shots from last Saturday's game. I will add a bunch more to flickr soon.
Posted by Mark at 8:00 PM No comments: 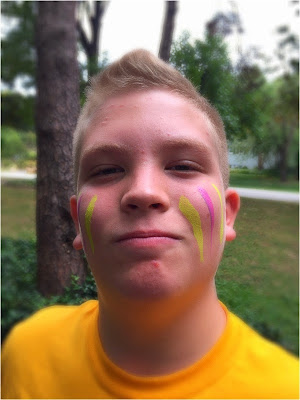 Parent teacher conferences today so the boys spent the day in SACC. The teachers like the boys and think they are doing just fine. Sam decided to paint his face in SACC. I picked them up early so they could hang at home for a while too.
Posted by Mark at 6:57 PM No comments: 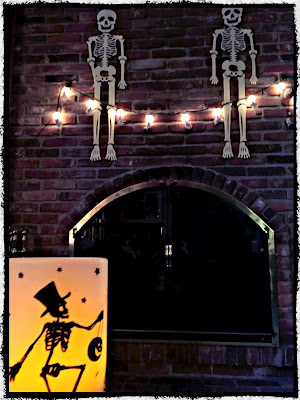 While we aren't having a big Halloween party this year, we are having a few folks over in a couple weeks. I will be in the hospital on our traditional party date. That will be scary enough.
Posted by Mark at 6:36 PM No comments: 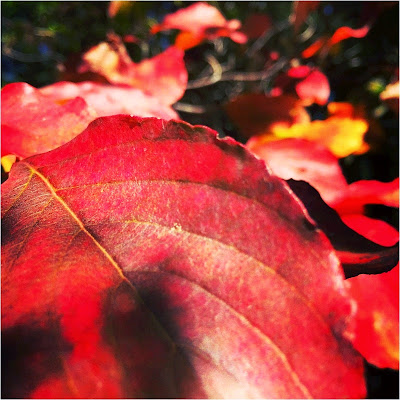 The boys won a tense football game by the skin of their teeth this morning. The final was 24-20 with the other team failing to score with the ball on the 3 yard line with three seconds left to play. Dylan ran down a kid on the previous play to save the TD. A wake-up call for the little Ducks.

Dylan also scored on a 50 yard run with 1 second left on the clock before half, that put the Ducks up by 6. He had a really good game at QB and on defense. Sam had three touch downs on the day with a long end run, a pass from Brandon and a momentum changing pick 6. He also stepped it up big time by breaking up a half dozen passes and pulling a ton of flags.

They won the first two game of the season in blowouts so they needed a close game to grow as team and they got it today.

The leaves are starting to change too.
Posted by Mark at 8:48 PM No comments: 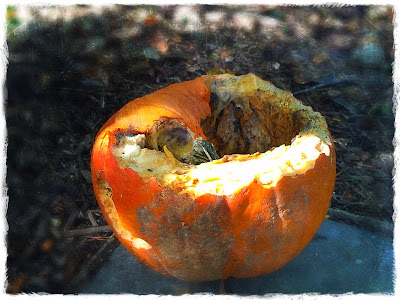 Bought a pumpkin a week or so ago and the critters hollowed it out in no time. I'm glad they enjoined it.
Posted by Mark at 8:59 PM No comments: 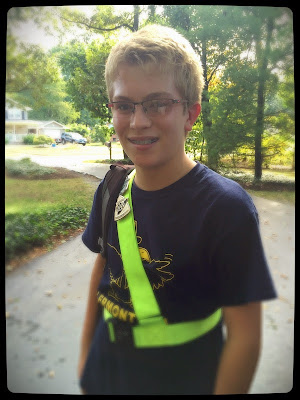 Dylan won his SCA (student council) class rep election today. He will be serving with his secretary brother and friends Timmy, Tommy and Zach. He gotten some nice wins the last couple weeks. He was named a sergeant for Patrols as well. It's a good start for both boys this year.
Posted by Mark at 5:18 PM No comments: 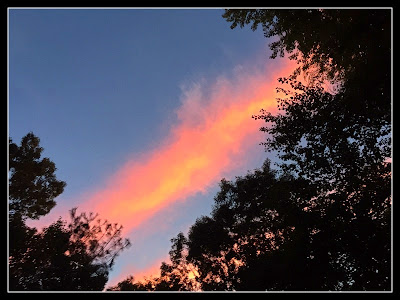 It's starting to trend cooler around here but the 10 day forecast does not point to any fires coming soon. The sky is looking very fall like and a few trees are showing color. My favorite time of the year.
Posted by Mark at 7:42 PM No comments: 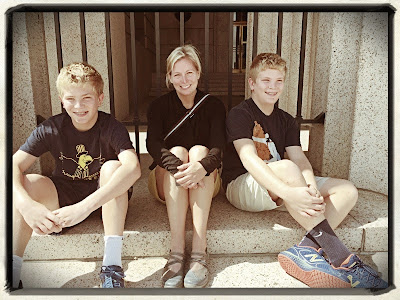 We did something none of of had done before in the DC area. The George Washington Masonic Temple is about a mile from our house but we had never been inside. It was a cool little tour with the best view of Alexandria available.
Posted by Mark at 5:32 PM No comments: 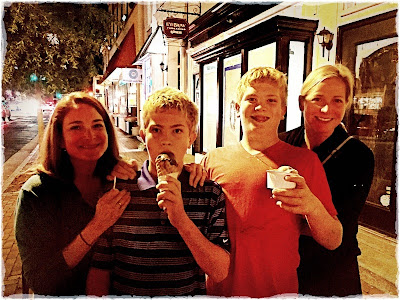 Had a nice dinner in Old Town tonight and topped it off with some Gelato for the boys.
Posted by Mark at 9:25 PM No comments: 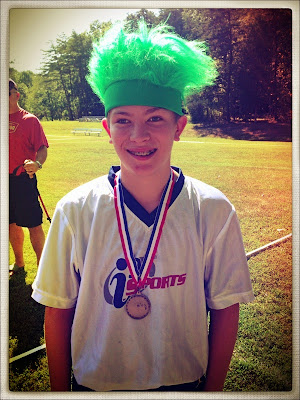 Dylan scored a nice award for being a positive force on the field today. He also threw a TD pass to Sam and a point after score to Mick. He is always the first kid to cheer for the other players and handing flags back to the other team. Sam played well too and had a nice 50 yard TD run. The little Ducks are 2-0 with a 34-17 win today.
Posted by Mark at 6:00 PM No comments: 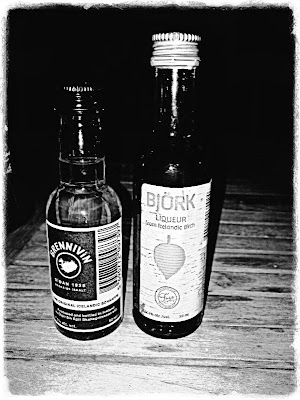 Rachel came to town for a visit and brought presents, including, cupcakes, framed pictures and these little liquors from Iceland. I think we will save them until tomorrow.
Posted by Mark at 12:11 AM No comments: 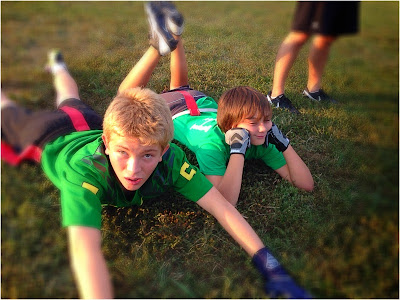 It was a beautiful night for a football practice. I kinda enjoy hangin out with the guys watching the kids have a ball playing ball.
Posted by Mark at 9:27 PM No comments: 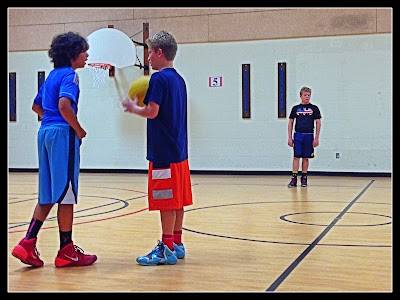 Sam made it back to basketball practice today for the first time in about 4 weeks. His shin splints and twisted ankle kept him out but he was back and moving pretty quickly today. Dylan looked good too, even with a stiff neck from some sort of spasm he got yesterday in gym class. These kids are beat up.
Posted by Mark at 7:38 PM No comments:

Beautiful Fall day here in Alexandria. 70 degrees with low humidity, I almost built my first fire of the season last night but a roaring fire with all the windows open seemed wrong. The fire season isn't that far off now anyway. Tackling projects around the house is way easier with this weather. We cleaned out the shed, changed oil and tuned up the generator, cleaned the screen porch replaced the floater valve on the hall bathroom toilet. Floater valve replacement is a new skill I learned a few months ago when I replaced one upstairs. I used to pay a plumber $90 to do this fairly straight forward repair but I'm turning into an expert.

The other thing about replacing floater valves and changing oil in the generator is the feeling of accomplishment. Nothing beats the good feeling after successfully fixing a problem. My work life is often filled with big problems that require multiple steps over weeks or years to solve. These problems don't return a sense of accomplishment like the small problems that if resolved successfully pay you back immediately.

Speaking of long term investments, the boys and I went up to the park for some football practice today as well. We threw,ran and caught passes for about an hour. We've been doing this for years and I was astounded at how good they've become. They both throw really well and they have developed great hands. All these years of trying to get them to understand good fundamentals of throwing and catching is paying off. This is going to be a fun football season to watch.

Sent from my iPad
Posted by Mark at 6:03 PM No comments: 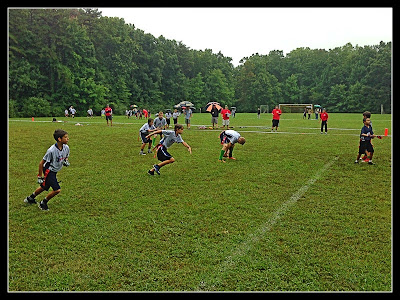 We had been playing i9 flag football in the southwest Fairfax franchise for the past four years. In a move to split up our team and disenfranchise Sam and Dylan the owner (Don King) of that league decided to move the age break a couple weeks and push Sam and Dylan into the older group of kids. He moved the born on date for all the divisions but only decided to enforce it against my kids. Other kids that should have been effected by the last minute change were allowed to play in the age group they signed up to play in.

I'm not sure what Don's problem is but he is a pretty stupid individual based on my observations over the years and runs a horrible franchise for i9. Dylan and Sam are a couple of the best flag players out there and have destroyed many of the teams of Don's favorite coaches but separating them from the other sixth graders and a group of kids they played with for the last 4 years was pretty low even for that jackass. All to protect his friends from having to play superior players. We immediately withdrew from his league and enrolled in the Central/North Fairfax franchise run by a guy named Todd Peterson.

Dylan and Sam were devastated about not being able to play with their team and for coach Cory but an amazing thing happened in a short couple days after Don's pathetic attempt at bursting 11 year old dreams. The entire team moved to the new league. This required each family to withdrawal from Don's league, acquire a refund on the fees and re-enroll in the Todd Peterson owned league. Todd was more than accommodating to the refuges and provided early registration discounts and let our team play together as a team.

I can't tell you how grateful I am to the families that made the switch to keep the team together and Todd for offering a well run and professional atmosphere to continue to play flag. It's obvious that after our first game that this new league has a clue on how to run a business and a sports league that supports child development. Don isn't qualified to run a lemonade stand. I'm hoping more people being abused by Don King find this new franchise and make the switch. I will certainly be letting people know that they don't have to put up with Don's incompetence.
Posted by Mark at 6:14 PM No comments: 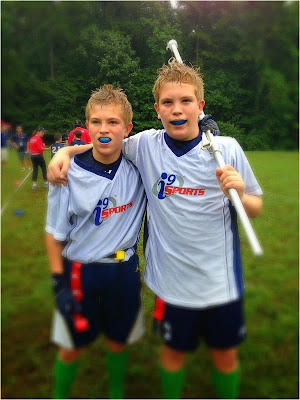 They each had a pick six while Sam threw for another score and Dylan scored two extra points. Good start to the season for the little Ducks.
Posted by Mark at 4:10 PM No comments: 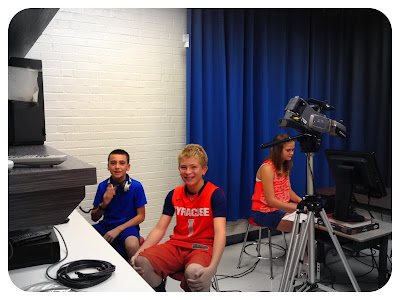 Dylan is the morning announcements voice at Clermont Elementary and when the video system is working properly, he will be the face of the morning news as well. I'm very proud of him for taking after Uncle Tom and Ron Burgundy who are really one and the same. Stay classy Clermont.
Posted by Mark at 5:36 PM No comments:

I uploaded a bunch of photos to flickr and realized that the 3 day trip was a lot of fun. I don't see Steve that much these days but hangin with him and Patty was really fun. I feel like Steve and I got back in that Dewey Beach groove pretty quickly like when I saw him all summer long back in the day. I'm also looking forward to a nice weekend with the kids, I miss them when we are apart.
https://flickr.com/photos/76997459@N00/sets/72157647093267000 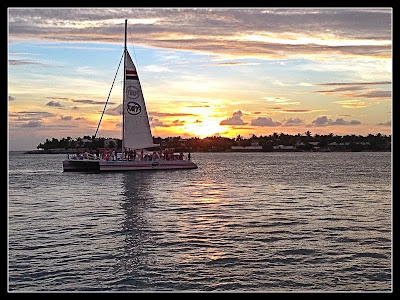 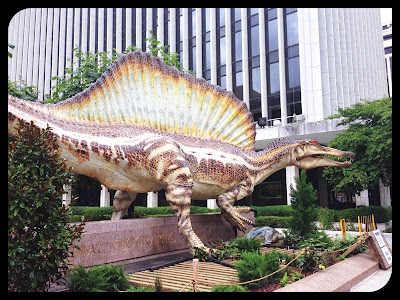 Nat Geo pull up a flower bed and planted this creature in its main entrance on M Street. I didn't get eaten walking past it to the gym today.
Posted by Mark at 6:42 PM No comments: 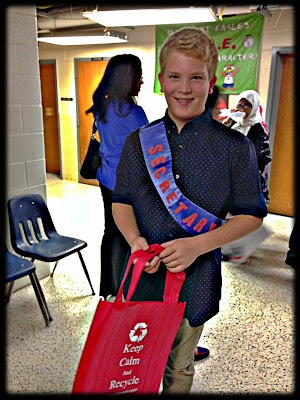 Sam's official duty was greeting people and selling reusable bags to help fund student government at the back to school night. He didn't sell that many but he looked good.
Posted by Mark at 6:39 PM No comments: 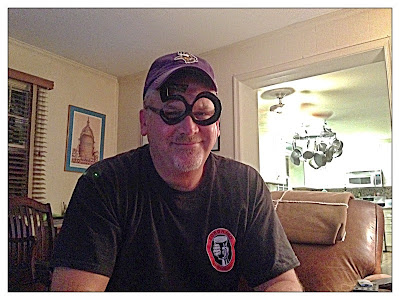 Thanks for all the nice gifts and well wishes. Fun night with Nicole, Dylan, Sam, Linda, Gill and Adam. Onward.......
Posted by Mark at 10:34 PM No comments: 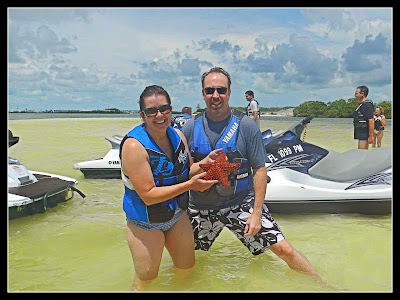 Our friends Steve and Patty joined us in key west for the 3 day run up to my birthday. I was really happy they could make it and we had a great time bumming around that key. Back home now and nursing a very sore knee and some sore other parts of my legs from going 45 mph for two hours in some heavy surf on those wave runners. I can barely walk.
Posted by Mark at 8:13 PM No comments: 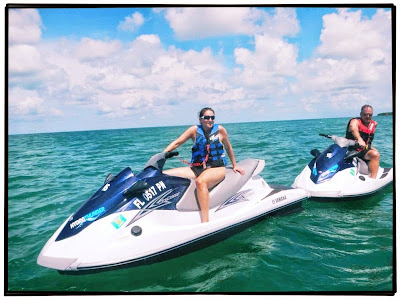 Great time on the water yesterday, followed by some football, pool time, sunset, dinner and a fabulous dessert restaurant. On the plane home now and missing the boys.
Posted by Mark at 12:08 PM No comments: 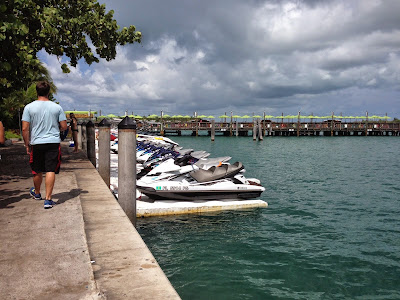 Fun but bumpy trip around the island today. Good times.
Posted by Mark at 6:21 PM No comments: 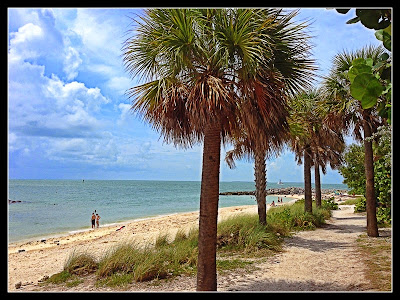 Got in around 2 yesterday and have melted into the island pace pretty quickly. Stave and patty are here as well and we had a nice dinner at Pepes then a few drinks on Duval street. Rode bikes to the beach this morning then some lunch, more riding around the island followed by some pool time. Need to get ready for dinner now but theirs no rush.
Posted by Mark at 6:38 PM No comments: 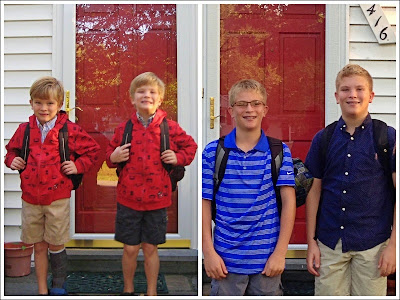 First day at Clermont Elementary and today's first day of 6th grade. They haven't changed a bit. Except that Dylan had the leg problem in kindergarten and Sam has the problem this year. It's just really bad shin splints so he should be fine.
Posted by Mark at 7:21 PM 1 comment: 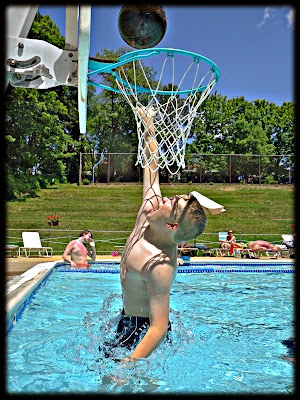 We had one last visit to the pool today and played a few last games of PIG. The boys are heading back to class tomorrow. Big 6th graders now and kings of the elementary school.
Posted by Mark at 7:52 PM No comments: