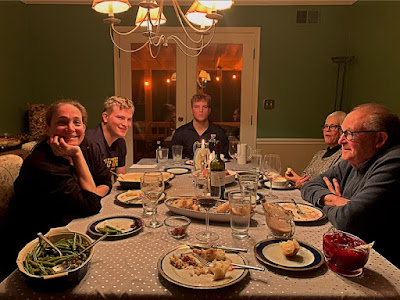 Sent from my iPhone
Posted by Mark at 6:46 PM No comments: 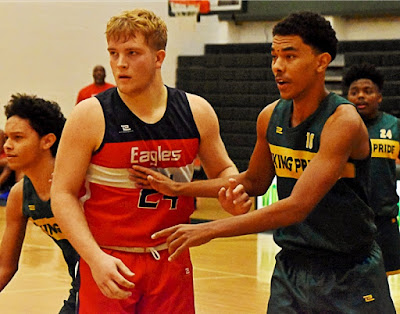 Sent from my iPhoneSam was back on the court in the Eagles second and final scrimmage before the regular season starts on Monday. I wasn't there but Nicole said he started and played well in all four mini-games against Woodbridge. Edison won 3 of the 4. As you might also have noticed, he's sporting a Movember beard which is tough to see unless you look hard.
Posted by Mark at 3:05 PM No comments: 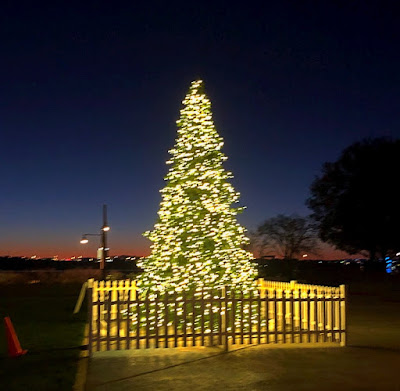 Trees are starting to light up all over the place.
Posted by Mark at 1:40 PM No comments:

It's been a long pause since my last post and I need to get on it.  We have had a couple weeks of low sports games but everything is gearing up for the upcoming Rugby and Basketball seasons.  Sam was named 1st team district tight end at the end of the football season and he was quite pleased with that.  The football season started with him being quite frustrated with the low number of footballs thrown his way.  He saw that change quickly in the last few games of the season when he was catching a 7-8 passes a game. He worked hard all season and blocked and ran routes extremely well.  He didn't have control of where the QB was throwing the ball but he showed that playing the position well on each down will lead to opportunities to get some throws his way, and he took advantage for those opportunities.  He made the Varsity basketball squad for the third year and practices started for that the minute football ended. He has been a little hobbled be a sore knee and he tweaked his ankle screwing around in the locker room last week so he sat out the first scrimmage on Friday.  He looks ready to play in the scrimmage on Tuesday and then the season starts next week.

Dylan has started three day a week Rugby practices and doing additional training with a sports trainer to get his leg back in shape for games that will start in January.  He's a little more that 7 months removed from the ACL repair and continues to make great progress.  He has really worked hard to get himself back in game shape and he and I have worked on kicking a bunch over the past few months. He really loves the game and his team.  He wants to get back to playing to help them win another Virginia Championship and possibly a National Championship this year.  I'd like to see that too.
Posted by Mark at 8:20 AM No comments: 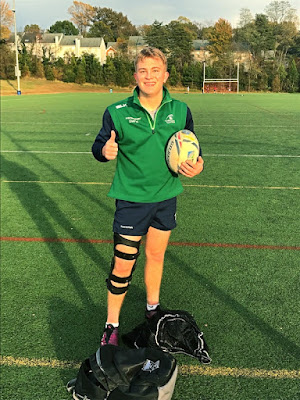 No rugby practice today so went up to Edison to get some kicking in. The boy is getting his groove back and getting a good foot on the ball.
Posted by Mark at 6:20 PM 1 comment: 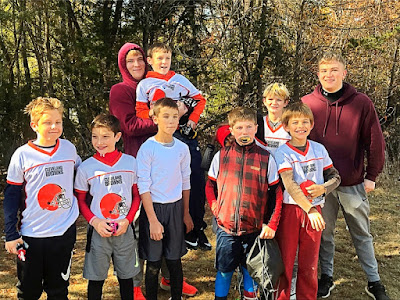 Another flag football season comes to an end with a browns victory over the Falcons. All the boys had a good season, even the older coaches. We were missing a couple kids for the last day but we had eight, yes eight. You need to look real close to see the eight kid being a goofball.
Posted by Mark at 11:29 AM No comments: 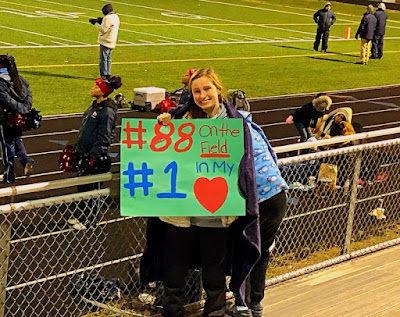 Sam's friend Sydney brought a sign to the game last night and inspired the boy to score twice and force a fumble on defense. It was a nice end to a tough season. The eagles won the first and last games of the season. An 8 game losing streak was tough but Sam got better each week.
Posted by Mark at 6:33 PM No comments: 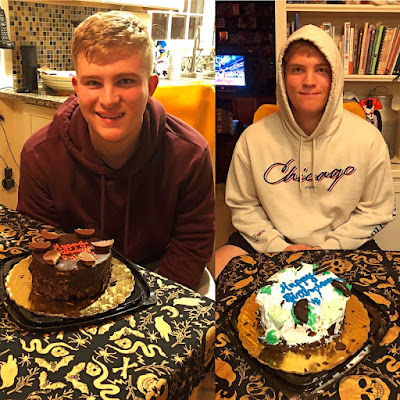 They may be twins but they have different tastes. Cakes number 33 and 34 for these two.
Posted by Mark at 8:38 PM No comments: 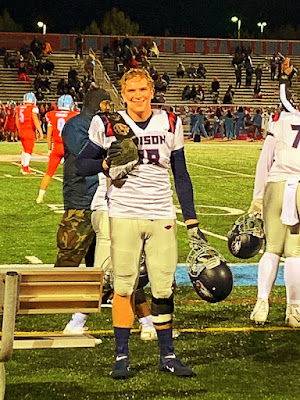 Sam got the belt for a great catch in the game on Friday. It's a way to reward good play but he doesn't get to keep it.
Posted by Mark at 6:12 PM No comments: 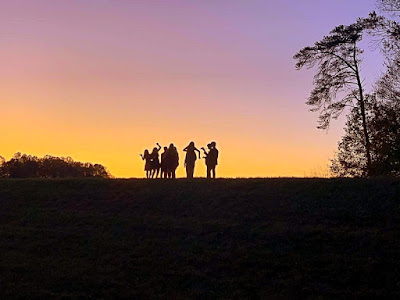 Some frolicking on the last night of daylight savings time. Dylan had a great time at the South County homecoming dance and sleepover party at his friend Lula's house.
Posted by Mark at 6:06 PM No comments: 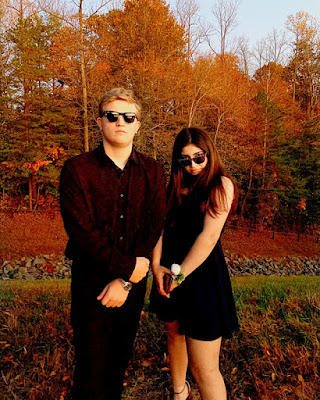 Dylan getting ready for South County High School homecoming dance. He is the man in black.
Posted by Mark at 6:00 PM No comments: 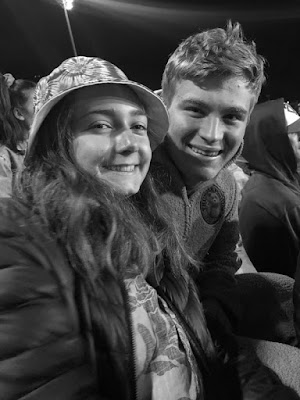 Dylan wore his teddy bear jumpsuit to the TC Williams game. It was costume night. Remember the Titans.
Posted by Mark at 12:14 PM No comments: 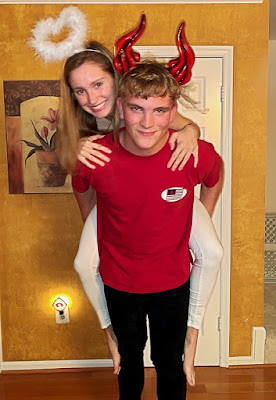 Sam and Sydney had coordinated costumes last night. He looks a little evil with the flash induced red eye.
Posted by Mark at 4:37 PM No comments: