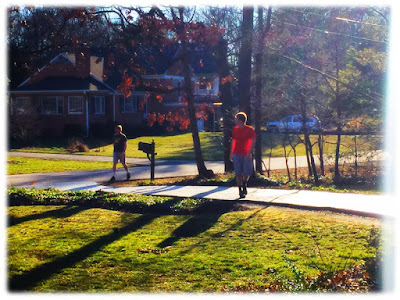 We have been encouraging the boys to work on their overall fitness so that they can continue to excel at sports. Sports have come pretty easy to them so It's been like pulling teeth but I think they are starting to realize this is something they need to do to stay competitive. I'd be happy if they finally understand that this is something they can do to be better people and want to put in that work. Not me punishing them. They ran their first 3 miles this afternoon. It was a perfect sunny, 60 degree day for it but I hope it turns into a lifetime of healthy habit.
Posted by Mark at 6:31 PM No comments: 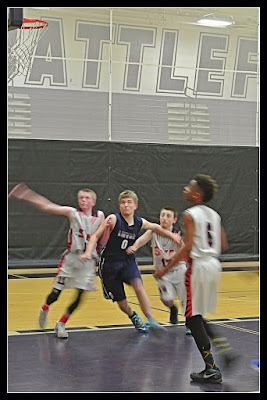 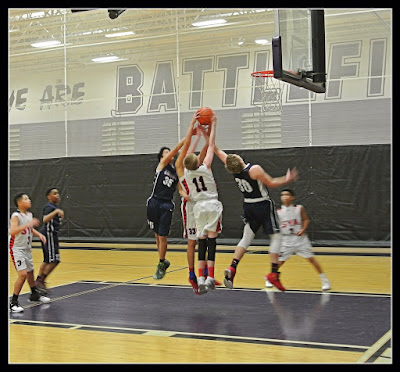 We got the the team that hasn't lost a division 1 game, ever, as our quarterfinal play off game. The are still undefeated. This team won the national AAU crown as 6th graders. We played them hard but they were just too deep. I was proud of how the boys played but now it's on to baseball and of course a few basketball tournaments and I guess summer league basketball starts in a couple months.
Posted by Mark at 10:15 PM No comments: 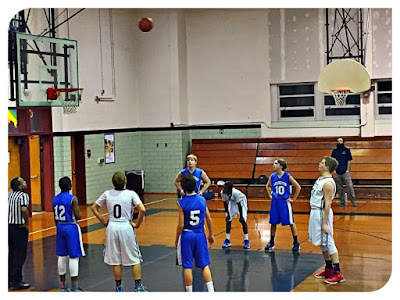 Sam staring down his free throw with Dylan #0 watching. He didn't make the shot but the team won the game in overtime over Arlington 57-51. Both boys played well. Dylan threw up some good shots and pulled down a few rebounds, Sam scored 6 and pulled down a dozen rebounds. On to play SYA on Sunday.
Posted by Mark at 10:36 PM No comments: 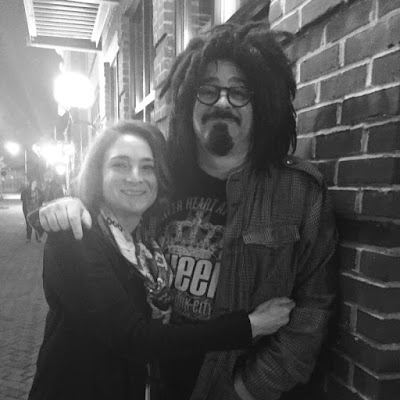 Good to see everyone.
Posted by Mark at 5:47 PM No comments: 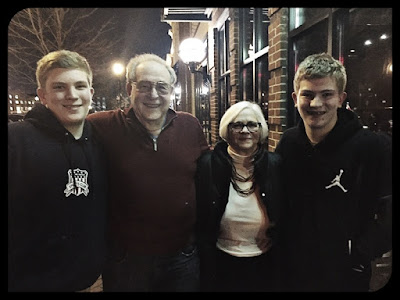 Had a nice birthday dinner for Linda and Gil with Adam as well.
Posted by Mark at 9:50 PM 1 comment: 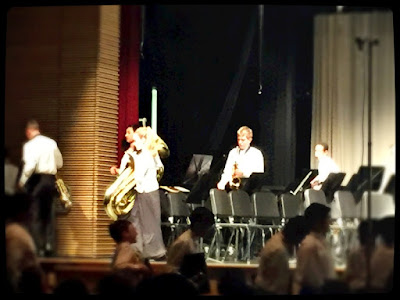 Dylan got out of Cotillion tonight for his band concert. Sam was not so lucky. He's going to miss basketball practice tomorrow for his concert. Dylan got a better deal.
Posted by Mark at 7:22 PM No comments: 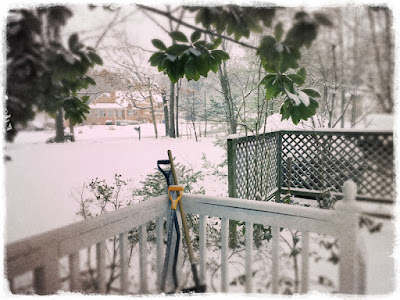 Five or six more inches today. We are having a good year for snow around here. Rain and 50 degrees tomorrow. Goodbye snow.
Posted by Mark at 3:45 PM 1 comment: 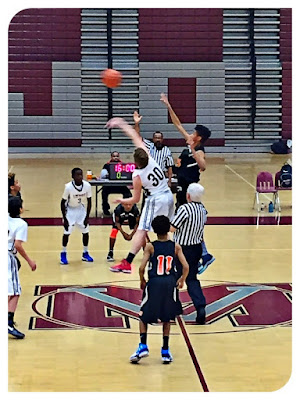 The boys did well tonight against Lee District but came up short. This team is an example of good kids and low class parents so it's irritating to lose but it as all ok.
Posted by Mark at 12:08 AM No comments: 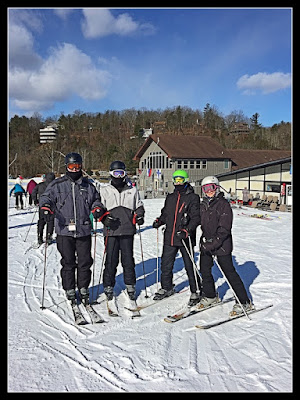 Back on the slopes 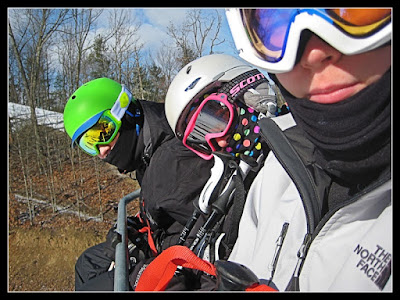 My first runs in over two years, 16 months since the new knee and without the knee brace I used for 15 years. It all went pretty well. Taking a break then out in the cold again.
Posted by Mark at 12:12 PM No comments:

The basketball game against McLean was tense with many lead changes, 3 points shots, questionable calls (on both teams) and coach technical foul (on them).  Unlike a number of teams in the league, the parents from both sides were very well behaved.  We and the McLean parents cheered heartily for our kids but did not go negative on the other team.  You could hear a pin drop in the gym when their coach got a technical. No one from our side cheered it and no one from their side screamed about the injustice. One of the refs was a little off yesterday and the McLean coach should have taken that into account before going off on a call, that in all likelihood was incorrect by the ref. Anyway, we were up by one point at that point, Scott hit one of the two free throws and then we got the ball back and Jonathan hit a three pointer.  A 4 point swing with a minute left in the game.  We ended up winning by 9.

During all this hubbub, with the frenzy of the game on the line, one of the McLean players went hard at the hoop and for whatever reason lost the ball and went down hard behind the basket, hitting his head.  We recovered the loose ball and started down toward our basket as fast as possible, except Sam.   Now, in a close game, it would be preferable from a competitive standpoint that Sam head down to the basket as fast as possible and take advantage of a 5 on 4 situation but he was right their where the kid went down and stayed to offer a hand to him.  The kid was not thrilled at that point because he lost the ball and didn't score but accepted the help and ended up saying thanks anyway.  This happened right in front of the McLean parents bleachers and someone yelled at that point "great sportsmanship son" or something like that.  As the game came to a close the father of the son Sam helped up came on the court and shook Sam's hand and told him "he liked how he played".  It was a classy move in a league where the parents are often yelling at the opposing players or taunting them.  It was good to have a win and a classy crowd.

Both boys are often the first kids to offer a hand when someone goes down on the floor.  Our team or the opponents.  Sometimes the opponents take the hand, other times they refuse it but Dylan and Sam are growing up to be good sports.  They want to win as much as the next guy but aren't willing to use their size and strength to bully or intimidate the other team too much.  They want to have fun out there and don't want to see anyone get hurt no matter what the score.  I was happy that they won another game last night but as I've thought about it today, I think I'm happier they gained the respect of the McLean parents more.
Posted by Mark at 2:56 PM 1 comment: 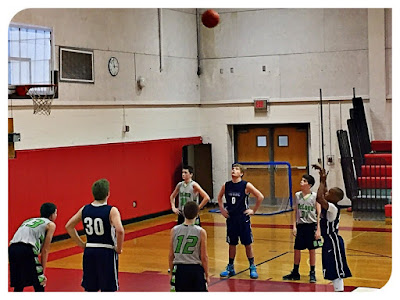 Beat McLean 61-52 but it was close all the way to the end. I think the lead changed hands 8 or 9'times over the course of the game. The Patriots fought back every time and finally put some distance on this team at the end.
Posted by Mark at 6:35 PM No comments: 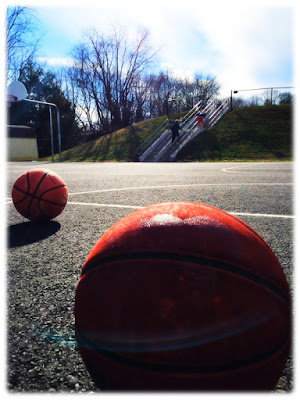 I've gotten the boys to do stairs as part of the Saturday shoot arounds. Better shooters and jumpers.
Posted by Mark at 11:34 PM No comments: 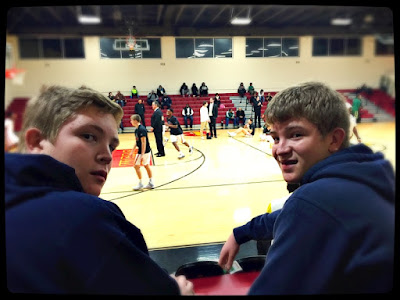 Checking out a high school basketball game where the boys do camp in the summer. It's camper night.
Posted by Mark at 7:24 PM No comments: 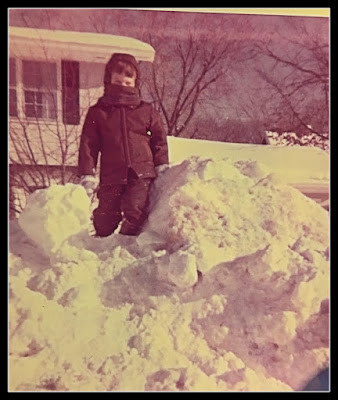 The snow from last week is almost gone now. Hard to believe we were pretty much stuck in the house a week ago. Back in the day, Minnesota would get big snows, then it wouldn't go above freezing for a couple months and snow more. I could pretty much build a snow fort in December and have it grow until March. Not in these parts.

The basketball game we were supposed to play yesterday was cancelled due to no school staff available to open the gym. Kinda frustrating but it was rescheduled for next Sunday.
Posted by Mark at 9:09 PM No comments: