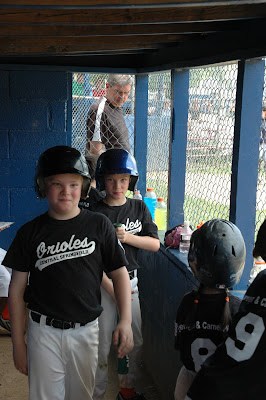 It was a tough game but the little Orioles lost their second round ballgame to the Pirates this afternoon. They boys both contributed a lot to offense and made some heads up defensive plays to keep the game close. Sam went 3-4 with two doubles and Dylan went 3-3. They were both a little sad to see the end of the season but they still have the end of season party next Saturday. Bring on touch football season.